A downloadable adventure game for Windows, macOS, and Linux

Will Phail is a fifteen-year-old like many others: lazy, spoiled and phlegmatic. But he has one thing that others lack: he's useless!

Experience Will's drama in this short adventure as he searches for his favorite T-shirt so he can hang out with his friends trying to defend his already compromised reputation.

Dodge lazy grandparents, mischievous rats, carnivorous plants, and find the courage to descend into the frightening basement, where powers beyond understanding lurk, waiting to be awakened!

Powers in the Basement (PitB for short) is a 5/6 hours long point-and-click adventure game, deliberately reminiscent of the great classics from the 80s / 90s, with a specific sweet spot for LucasArts production.

It's a witty and sometimes surreal game, with clean humor, also suitable for children, set in a pseudo-fantasy world in which the medieval fairytale is punctuated by anachronisms, elements of modernity and absurd references to nerd pop culture.

Is this for you?

If you are new to this genre: this is a game for puzzle lovers, those who like to have a-ha moments in the shower or while cooking.

If you prefer story-driven games, rest assured we did our best to make PitB fair and enjoyable to casual gamers as well.

If you are a longtime fan of this genre, well... we hope we can bring you back to your childhood for a while.

Here is some comments, left by the testers during game development. Those make us particularly proud.

PITB is a gem for a compulsive clicker like me, a tribute to the masterpieces we grew up with. The humor is spot on, the pace is right, the puzzles are well balanced and there are many references to the classics (funny quotes, not JJAbrams-style copycat!). I was impressed by the attention to even the smallest of details. [...]

It's a beautiful little game. The graphics were wonderful. The humor witty and silly - very enjoyable. I chuckled aloud many times. The story was quirky, which I also liked.

The polish on the game was solid. I really appreciate it. This is my second indie game I've tested and at no moment did I feel like you didn't put in the effort to make my experience great.

PitB is our first point & click adventure, and the first game featuring Will Phail, a clumsy, light-hearted teenager with a hypertrofic self-esteem.
This game is a sort of prequel for a full-lenght adventure starring Will as a young adult. PitB is not a demo or a short version though: it is a game on its own, with a smaller scope and a story which is only mildly related to the next installment. Before embarking in Yet Another Unreleased Wide-Scope Adventure Game we decided to chew something smaller, learning along the road and introducing our beloved main character to the public.

To us this game, is like a dream come true. We grew up in the golden age of Point & Click games and we have always dreamed of reviving the spirit, humor and brain-squeezing of the good ol' days, bringing something new to the table as well.

Feel free to join our Discord to leave your feedback.

You can select verbs in the interface with your keyboard, if you prefer:

We know, you beated King's Quest at first run and don't need tips, but for those who are new to the genre: 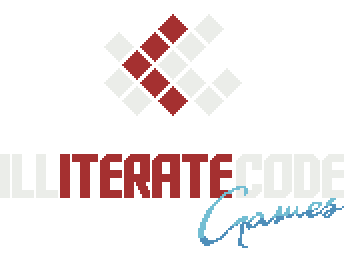 He's supposed to say "where's the hamster" when you open the generator door but when I do it he doesn't say anything and so I can't ask grandma about it.

You're right mate. This doesn't prevent you from finishing the game, but takes away a useful suggestion. We fixed it in code, we'll probably release a fix with this soon.
Thanks!

Congratulations for this very nice - and too short - point & click adventure. Well crafted, and apart from one or two puzzles, the game does not particularly rely on pixel hunting.

We'll surely do! Thanks for your kind feedback :) We're happy you took fun playing PitB!

Thank you for this small masterpiece in pure retro pixel style.

I am still missing one red herring. Hidden bitcoins most probably is fake but has anyone found the easter egg, yet?

Thanks for you kind words, AmigaMaster! Glad you liked PitB.

To our knowledge, nobody got the easter egg yet. We gave two hints on our Discord during casual conversations:

Thank you! Glad you liked it! Thanks for playing it on YouTube! :)

Reply
il_paul_di_gomma72 days ago
Hi all! This is my commented longplay (in Italian). How many red herrings have you found? ;) Enjoy!
Reply
IlliterateCodeGames72 days ago (1 edit)

Hi Paul! :) Thanks for endorsing PITB on your channel :)
We are curious too, how many have you found, people?

Also, anyone found the Easter Egg?

We loved it, please do more <3

Wow thanks for your nice words! :)

Thank you again for telling me about PitB, very nice work with this project. Definitely looking forward to Will's next adventures. :)

Thank you dude, honoured you decided to feature our little game on your channel!

Looking people playing it is teaching us a lot on how to properly balance puzzles so they are challenging but fair and not punishing. We have a long way to go on that, but we'll surely do our best to get better!

It was my pleasure playing. As I mentioned during the stream, it's been a very pleasant surprise.

For the most part the puzzles are good, logical so you're on the right path. :)

Seen it yesterday, downloaded for a quick run, loved it, bought it, completed it. Now I'll wait for the future releases. Congratulations for the whole project!

Thanks for the kind words, dude! We'll surely do our best with the next game!

I like it so far. I hope to be able to complete it soon :D

Wonderful! We would have contacted you to bring the game to your attention but... wow! :D

That look awesome !!! I will definitely play it !

Wonderful, thanks for you support! :) We hope we'll enjoy this as much as we enjoyed creating it! 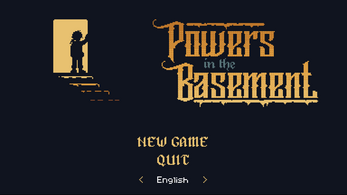 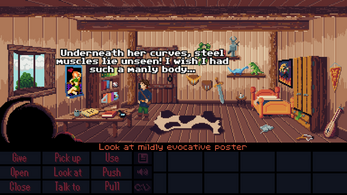 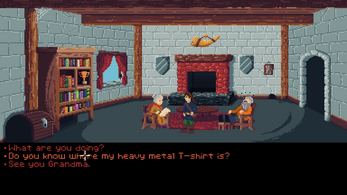 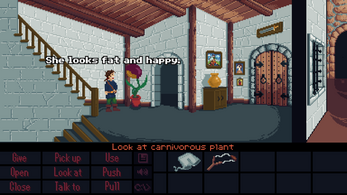 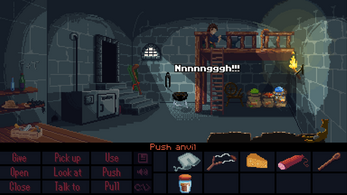 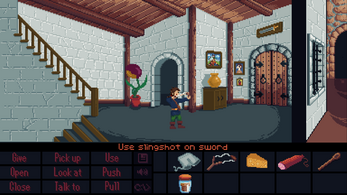